Science Foundation Ireland (SFI) is the national foundation for research in Ireland. It advances co-operative efforts among education, government and industry that support its fields of emphasis and promotes Ireland’s reputation for science and engineering research.

SFI promotes and supports the study of, education in, and engagement with science, technology, engineering and maths (STEM) and promotes an awareness and understanding of the value of STEM to society and, in particular, to the growth of the economy. 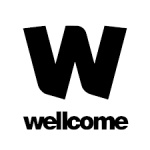 The Wellcome Trust are dedicated to achieving extraordinary improvements in human and animal health. They support the brightest minds in biomedical research and the medical humanities. Wellcome’s public engagement grants are intended to promote interest, excitement and debate around science and engineering in society.