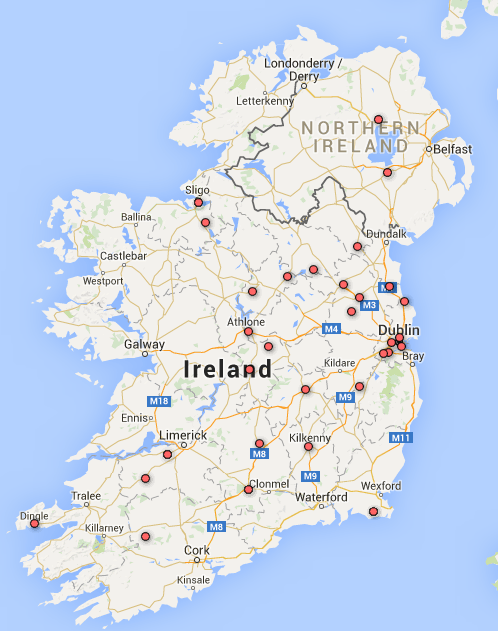 Schools in I’m an Engineer Ireland

The ten engineers in these zones will be competing for hundreds of school students’ votes in fast-paced live chats and answering questions on everything from robots, to programming, to satellites, to artificial body parts.

For the latest news and announcements about the event, find us on Twitter, @IAEGMOOH, and follow the hashtag, #IAEIE.

Let’s meet the engineers, and the schools from all over Ireland that they’ll be interacting with in…

We teach computers to how to learn from their own experience.

I design and build robots to help disabled and elderly people perform everyday tasks in their homes.

I make apps to allow 70,000 people park their cars in cites around the world.

I study photographs taken by satellites 600km above us in space to find oil spills from ships in the sea, the temperature of the water in the ocean , how well the forests are growing, how much grass the cows are eating and how dry or wet the soil in a field is.

I’ve built and tested satellites, stood beside rockets, worked with astronauts, controlled satellites (and instruments) in space. I work on the Rosetta mission & helped to put the Philae lander on a comet. I have an asteroid named after me..

As a spacecraft structural engineer, my job is to ensure that the spacecraft will be strong enough to survive the launch.

I want to go to Space and since 2011, I’ve been working hard to make that happen. So everything that I have studied and worked on, I bring to fun, family events, so everyone can learn about Space and how to become an Astronaut.

Designing satellites to study the earth, stars AND to send your favourite programmes to your TV!

Thanks to the Science Foundation Ireland Discover Programme for funding the I’m an Engineer, Get me out of here event.