February’s I’m an Engineer, Get me out of here! saw over 370 students ask more than 600 questions covering topics from burning lasers to biggest professional fails, and it certainly had an impact on students and engineers alike: 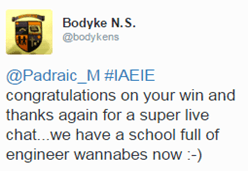 ‘Students enthusiasm in the live chats and fantastic questions really made this competition a great event to be part of…. are we allowed to enter again next time???’  – Padraic Morrisey, engineer and winner February 2015

If this sounds up your street, you’ll be pleased to hear there is another chance to take part this year: 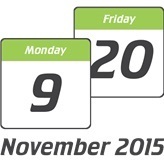 Teachers will get an email in early September asking them to choose their classes’ zones. The event is supported again by Science Foundation Ireland and will coincide with Science Week!

We’re still working on the list of zones, which will be announced at the start of the new school year.

The UK version of the event is running now, check it out to get an idea of how it all works.

We can already confirm we will be running the Meter Zone, a general zone with a broad mix of five engineers working in different fields, thanks to funding from Science Foundation Ireland.

The I’m an Scientist, Get me out of here event will also be running during the same two weeks, read all about it here.

Posted on June 25, 2015 by modmichaela in News. Comments Off on Take part in free engineering outreach this November!